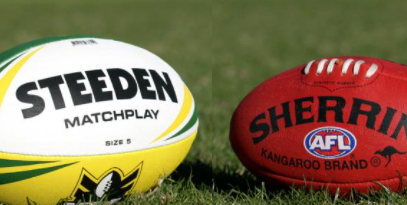 The attraction of football

By Giselle StollznowOctober 18, 2021No Comments

How much football is enough? For some people there can never be enough football and for others, what’s football?

At this time of year, it is difficult to be in Australia and not know the football seasons are drawing to a climax. The AFL Grand Final has been played, the Rugby League final is this weekend, and Rugby Union has come back with a mighty resurgence, with the Wallabies having won three matches in a row and promoted to number 3 in the world.

Are there any differences between those that play or follow AFL, Rugby Union, and Rugby League? According to new data just released from SMP Surveys / myBrandHealth, there are differences in who plays these sports, how these sports are followed by fans and even differences in the intensity of the fan bases.

In a survey of 1209 participants aged 18 years and over, representative of Australians, and conducted in July 2021, people were asked what sports they played, what sports they followed, and what type of fan they were.

One of the key findings of this research is two-thirds of the Australian population exercise, with walking (42%) being the most popular. Walking is great exercise, but as people age, their interest in exercising diminishes, with nearly half of Australians aged over 60 not exercising at all.

What does this all mean for the high contact codes of football? A surprisingly small number of adult Australians play each of these sports. 6% of adult Australians play AFL, 2% Rugby League and 2% Rugby Union.  Who plays these sports? Given they are high contact sports, players are mostly aged under 40 which makes sense as recovering from injuries becomes much harder as we age. The players are predominately male.

Fans are totally different from players. AFL (30%), tennis (25%), and cricket (23%) are the most followed sports in Australia. Kudos to AFL for having such a broad appeal to many Australians. Rugby League is followed by 19% of Australians and Rugby Union 9%.

There is a strong gender divide in passion for sports. Men are passionate about nearly every sport. There isn’t a sport that has more female fans than men but what separates AFL, tennis, and cricket from the other sports is, you guessed it, is they have the greatest number of female fans. Maybe that is a good clue for Rugby League and Rugby Union if they want to expand their sport?

Is there a particular age group that follows the codes of football? Interesting findings. It would be easy to assume the 18-29s would-be fans, given they are more likely to be playing these sports and have just graduated into adulthood, so it is almost impossible not to be exposed to one of these sports. But no, this age group is not strong fans of these sports, they have their eyes on soccer and basketball.

Where do the fans live? Despite NSW having more adult AFL players than Victoria, NSW, along with Queensland is where the main support base for Rugby League and Rugby Union can be found. 27% of all people in NSW and Queensland follow Rugby League. Rugby Union is followed by 12% of NSW residents and 14% of Queensland. AFL on the other hand is followed by at least 40% of residents of Victoria, Western Australia, South Australia, Tasmania, and the ACT.

Lastly, the intensity of a fan was measured. Participants were asked to consider if they were a Superfan, Fan, Interested, Casual, or only go to Big Events.

AFL is the most followed sport. They also have a high number of Superfans (23%) and another 41% are fans. This demonstrates the passion AFL supporters have for their sport. Rugby League has slightly more Superfans (26%) and a healthy number of Fans (35%). Rugby Union slightly trails with Superfans (22%) and Fans (35%).

The three codes of football vary in size and intensity. Whatever code a person follows though, this still remains the most exciting time of the year. Perhaps it is true, there can never be enough football. For some…..